When the long-expected words came, the sting of them stole his breath.“Father, I cannot stay any longer.” The boy was a delight: free, adventurous, always joking, always smiling. But those traits that made him so easy to love—and to like—were the very things that now pulled him away. “I want to live,” the boy said, dragging out and emphasizing the live. “I want my inheritance. Now.”

And in living, the father thought, he puts me in my grave. Like a butcher’s razor-sharp knife, his son’s words cut deep into his soul. He gasped for breath, steadying himself on the table as strength nearly left his legs. The labored pulsing of his heart masked the shame he ought to have felt at his son’s rejection. With his free hand, he reached for the boy’s shoulder and drew him close. No arms encircled the broken, weeping man. Weakly, he called a servant and gave the order to divide the flocks. The servant, feeling his master’s shame, did not look in his eyes.

Dark nights passed in sleepless misery. With each new dawn, he stood scanning the distant horizons, hoping beyond hope the nightmare was over and he would see his son’s silhouette against the sunrise. At dusk, he stood again — staring, wishing, longing.

The boy had run away once before, when he was young. Scarcely taller than a ewe, he’d wrapped a few loaves and some fish in a bag, scrawled a note, and set out. He was gone some hours; but before dinner his mother found him, sitting on a rock with his arms around his knees, looking over the swollen Jordan. “I can’t swim,” was all he’d said, before walking home, hand in hand with her.

Now the father sat often on that same rock, staring across the fabled waters. As the days drew into weeks and the weeks to months, he’d sent messengers throughout Judea in search of his youngest. Always they’d returned, unable to meet his hope-filled eyes. East, across the Jordan, in the land of Perea…perhaps this is where his son had gone.

Meals were quiet now. His wife and younger son had always made the table a lively place, but she had died long ago and now… now it was just he and Reuben, his older, ever-faithful son. Reuben reported on the condition of the flocks, where the best grazing lands were now, where the wolves were attacking lately. He’ll do well when I’m gone, the father thought. He choked on the final word. Gone? I am already gone; my boy has taken my life. It was right for Reuben to keep account; after all, all that remained was his—or would be, when his father was at last buried next to his wife.

Buried. A final resting place. A place to mourn, but also to remember. He had sat Shiva for his wife—the seven days of mourning Moses had commanded—but had returned often to her tomb when being a single father to two boys had gotten the better of him. There he remembered her smile, her gentleness, her wisdom. There he found the grace to love when the boys fought, to forgive when they wronged him.

He’d gone often, almost daily, these past months. Now his son, too, was dead—must be dead—but there was no tomb for him, and so no place from which to remember. And it was from there that he looked up and saw the specter in the distance: an emaciated and tattered figure, empty handed and bare footed, head hung low.

And the old man ran….
This is Part III in a series looking at the story of the Prodigal Son. Find parts I & II here:
Part I: It Wasn’t Hard to Leave That Day
Part II: Alone with the Pigs

The desert was no place for a man in silk. Blowing sand pierced the fine cloth, peppering his skin. It stung his unprotected eyes, burned his face.

Weak, hungry, alone, he cursed the sand and wind, cursed the city that mocked him, cursed the useless silk, cursed his birth. He cursed his father’s birth to the pastoral life from which he’d run. An unfamiliar odor assaulted his sand-whipped nostrils; he cursed the stench. Then, through squinted eyes he saw it: a herd of swine, their irritated squealing riding the wind toward him. He cursed the unclean beasts even as he hoped the drovers might spare him some bread.

“For a price,” they said. “Stay with this swine this night. What they don’t eat is yours.”

This night became two, then five, then a month. The famine that starved the land tore at his stomach. He watched in vain hope that the pigs would leave more than scraps, but even their rations were meager and their owner dared not feed them less; even in famine, no one wanted to buy a skinny pig.

Finally, lying awake, cold, and hungry in the desert night, sense came to him. The life he’d so longed to escape—the animals always needing care and feeding, the constant repairs to fences and troughs, the bucolic boredom—these were again his lot … minus the plentiful food on his father’s table. Even the ranch hands ate better than he ate now.

But how could he return? How could he possibly face again the father whom he had all but declared dead when he demanded his inheritance? Could he humble himself before the man he had so humiliated? Yet nothing could be more humiliating than his present state: silk rags torn and stained, body reeking of pig dung, hair and beard filthy and matted. It was decided then; he would return, fall on his knees, and beg for employment as a ranch hand.

He’d sold his share of the flocks and with the silver weighing down his bag, turned his face toward the city. Soon, having traded his bedouin robe for city silks, he sought new life in the strangely solid buildings. Friends were easy to find; wine, an enticing invitation. Never again would loneliness sit heavy in his heart. Little did he know that his dark, herdsman’s skin and heavy purse betrayed his ignorance and innocence. Had he known, he would only have worked harder to win the friendship of ones already willing to drink from his bottle. He slept little, and never alone.

Far away, another man also slept little, his aloneness magnified by the vastness of the familiar night sky. At first light he scanned the horizons. Each setting sun darkened his hope a little more.

The endless city noise grew deafening. The constant press of people—even the women sharing his bed—only magnified the loneliness he tried constantly to escape. The wine only made him forget last night; morning carried memories of home – and the love he’d never acknowledged. Day by day, his purse grew lighter. When it was at last empty, so were his bed and table. No face in town knew his; no familiar face did he see. Alone. Again.

The flocks grew, replenishing the loss of the too-soon divided inheritance. But even as the pens filled to bursting, so the father’s broken heart spilled out its last hope. Still he watched…. 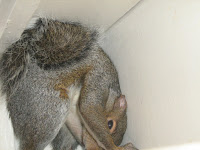