Okay, I confess…I’m not in my right mind. At least, that’s the joke that we who are left-brained must deal with from you artsy, right-brained types. (By the way, if the left side of the brain controls the right side of the body, why are the vast majority of people right-handed? Even the artsy types. It seems like there would be a balance.) Anyway, I am left-brained, which means I am more intellectually- and analytically-inclined than my more emotional and artistic right-brained friends. I am also a guy, so I don’t necessarily do deep, intimate relationships really well. Which all brings me to this question: How can I develop a deep, intimate, personal relationship with God?

I grew up in The Church, so I know the textbook answers to that – spend time in The Word, do my Quiet Time every day, memorize Scripture, pray a lot (after all, it’s just talking to God). That’s all well and good, but at some point it all just seems rather academic. I love to study the Bible; I am inspired by the intellectual pursuit of God. But, like the apostle Paul wrote, I want to know Christ. (Philippians 3:10) I want to really know him – not just know about him. A number of years ago a friend gave me a German saying that I wrote in my Bible: Nur weisst du von Gott, oder kennst du ihm, auch? (Do you only know of God, or do you know him, too?) In English, we use the same word, know. German has two different words to differentiate between an intellectual recognition (wissen) and a personal relationship (kennen).

I want to know Christ, and the power of his resurrection, and the
fellowship of sharing in his sufferings, becoming like him in his death; and so, somehow, to attain to the resurrection from the dead. (Philippians 3:10-11, NIV) 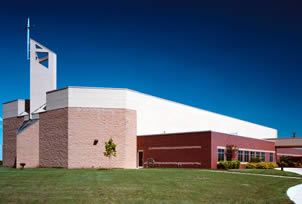 For nearly 20 years I have had a question lingering in the back of my mind: Who is church for? It really stems from the “seeker-sensitive” (SS) church movement that has Willow Creek and Saddleback as de facto flagship churches. The basic methodology of the SS movement is to bring seekers of God to church, where they will hear the gospel. And since Sunday morning is the time that most Americans think of when they consider going to church, the Sunday morning services are geared specifically and unabashedly toward seekers. Willow Creek has midweek services geared toward believers; I don’t know if Saddleback has a similar setup.

There are a wide range of criticisms of the SS model in general and of these churches in particular, but one is foremost in my mind: that “the church,” by definition, is comprised of believers in/followers of Jesus…and therefore, that when we gather as the church, we should gather as believers. In other words, a church service should not be primarily evangelistic.

Here is my quandary: I tend to agree with that from a strictly etymological standpoint, but not from a hermeneutical perspective. In other words, I agree with the dictionary definition of the Greek word for church, but not with the interpretive idea that simply because we don’t see a New Testament example of unbelievers coming to “church,” we should exclude them from our gatherings. Some people hold to the belief that our methods should align only with what is expressly allowed or clearly demonstrated in the Bible (or, more specifically, the New Testament). Others believe that we are free to do anything that is not expressly forbidden in scripture. I put myself somewhere in the middle, exercising great freedom and latitude in those areas where scripture is either silent or inconclusive. (And, of course, I think that is the best place to be, theologically!)

For now, here are my conclusions: the chief task of the body of Christ (i.e., the church) is to make disciples (Matthew 28:18-20). The first step to becoming a disciple is to answer Jesus’ invitation to follow him. Answering that invitation requires hearing it (cf. Romans 10:13-15). And if hearing it means coming to church on Sunday morning, then I say, Move over, Christian, and let the seeker have a seat!

Sidebar: One of my chief concerns with “come-and-hear” methodology is not a watering-down of the gospel that some lament; I don’t think that is a valid criticism. Rather, I am concerned that it may tend to downplay the personal responsibility for evangelism; “if I can simply invite my friend to church to hear the gospel, then maybe I don’t need to be so well-versed to share the gospel myself”. I do not believe that Willow Creek or Saddleback or most other SS churches actively teach this; in fact, I think they actively teach that I am responsible to share my faith. Nonetheless, it can offer an easy escape for someone not inclined to move out of their comfort zone. 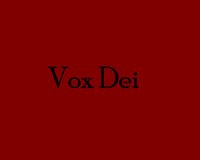 In the beginning, God said….

The word of God is his unlimited creative power. The universe and all that is in it came into being by mere utterance from God’s lips. “God said, ‘Let there be…’, and there was….” Out of nothing, something.

Man can create only out of pre-existent matter. I once worked with a man who refused to use the word create in reference to anything man-made. He argued that to create implies making something from nothing and that therefore only God can create. It was an argument of semantics, but the argument had its merits. Man can dream and design and invent incredible things, but he is forever limited to the materials at hand. God, on the other hand, speaks matter into existence.

But does God speak today? We give lip-service to his voice. We say that he speaks through his people, the Bible, the Holy Spirit, circumstances…. But do we really believe that it is truly the voice of God, or do we hear only his instrument, one speaking for God? Would I pay closer attention to the Sunday sermon if I really believed I was hearing the vox dei, the voice of God? Would I give more credence to my wife’s wise counsel if I really believed it was the creative Voice of the universe coming from her lips? How have we wandered so far out of range of God’s call?

When he finished speaking the world into existence, God walked in Eden with his finest creation, Man and Woman. They walked together throughout the garden, enjoying the cool evening breezes and the chance to talk amongst themselves. Theirs was a deep, intimate relationship, like—but far greater than—a father’s relationship with his grown children. You can almost hear Adam and Eve enjoying a good laugh with God about the names they gave the animals….

Father, get a load of this guy! We just burst out laughing when we
saw him, so we called him “hyena!”

Oh, Adam! Tell him about the great big one with the long
nose. He needed a REALLY big name—elephant!

They talked about farming and ranching, sunrises and sunsets, about all they had done during the day and the thoughts they’d had. Then one day it all changed. God came for his nightly stroll, but the kids weren’t there. He wandered among the cornstalks and the berry patches and the fruit trees, calling their names and listening for the sound of their voices. All he heard was the frightened beating of their hearts thundering across the valley. Slowly, tentatively, they poked their heads above the bushes they were hiding behind. Tears—the first ever to fall on Eden’s soil—stained their cheeks.

Here we are, Lord. We were embarrassed for you to see us naked.

The all-knowing Creator choked back his own tears as he asked, Who told you you were naked? And then the story and the tears flowed together as the man and his wife told of the serpent and the fruit and their motives and their fears. But Father, they pleaded, we only wanted to be more like you. And God banished Adam and Eve from the garden…but not from his heart. And as those last words of the curse rang in their ears, the First Family walked slowly away. And ever since, mankind has struggled to hear God’s voice plainly again.

Last night in my hermeneutics class at Bethel Seminary, I ran the basic question of my last post by my professor: “Does Jesus call all of his followers to be disciples, or can one be a true follower without accepting the invitation to discipleship?” His first response was that to be a disciple means to be a follower; he noted that one Bible translation (I don’t remember which) actually uses the word follower where others use disciple.

I confess that my post on discipleship is not the product of sound exegesis; in fact, I stated that in one of my subsequent comments: “My conclusions (at this point) are really based on what Jesus didn’t say as much as on what he did say.” That is hardly good scholarship.

In my defense, though I want to emphasize that the thoughts I posted were intended to generate discussion (which they did) and to serve as a hypothesis for further study. I will continue to study that hypothesis, implementing good principles of hermeneutics and, I hope, thus be drawn into a fuller realization of what Jesus both desires and expects of those who call him “Lord, Lord.”